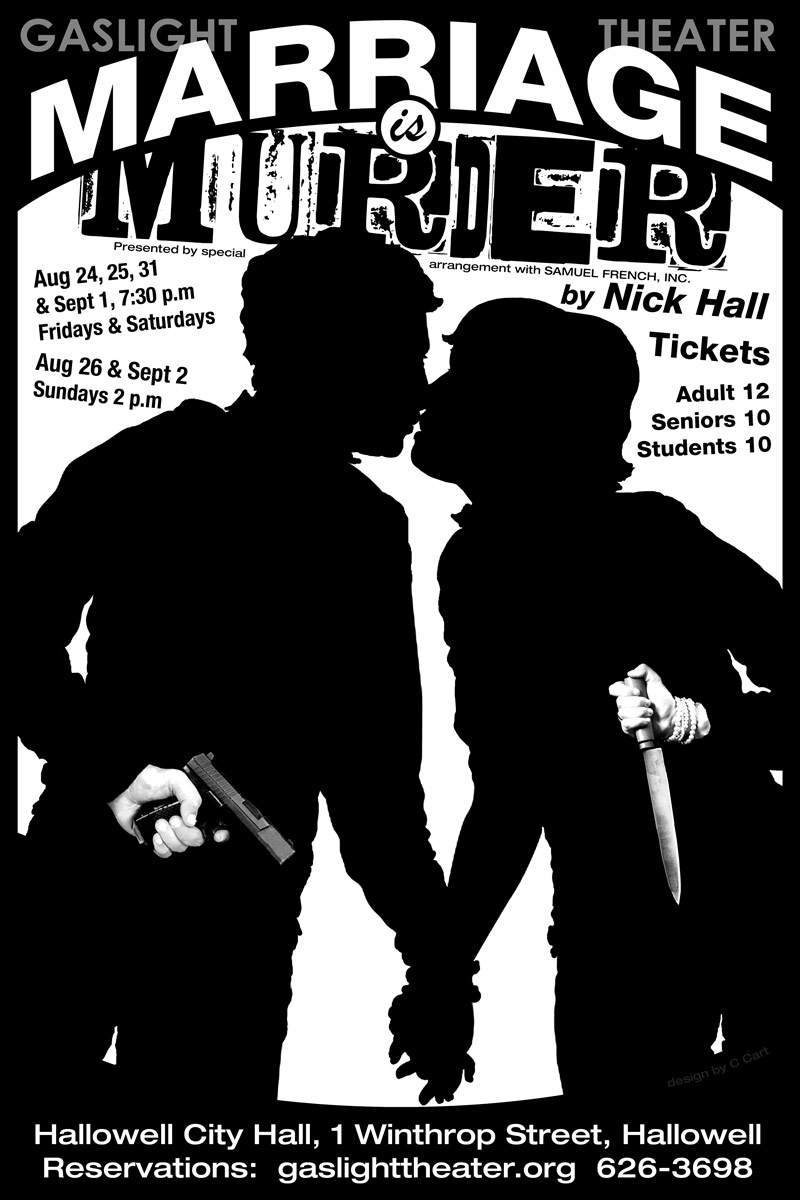 Ex-spouses Paul and Polly Butler write murder mysteries together. They act out the crimes in Paul’s apartment: poisoned chocolates and lethal martinis, alibis and fingerprints, bodies in a trunk and bodies all tied up, daggers, guns and even an axe all contribute to the hilarity. Nobody gets hurt, but their egos take some hits as they find that their marriage was mixed up with their work. There are many fast paced comic twists as they attempt to outdo and surprise each other and they learn that marriage, like murder, is in the details. The final witty complication is a real murder which they and the audience should have seen coming. This murderously funny two character comedy is by the author of Accommodations.

Auditions for The Whales of August will be at the Hallowell City Hall on Sunday July 17th and Monday July 18th at 7:00pm.