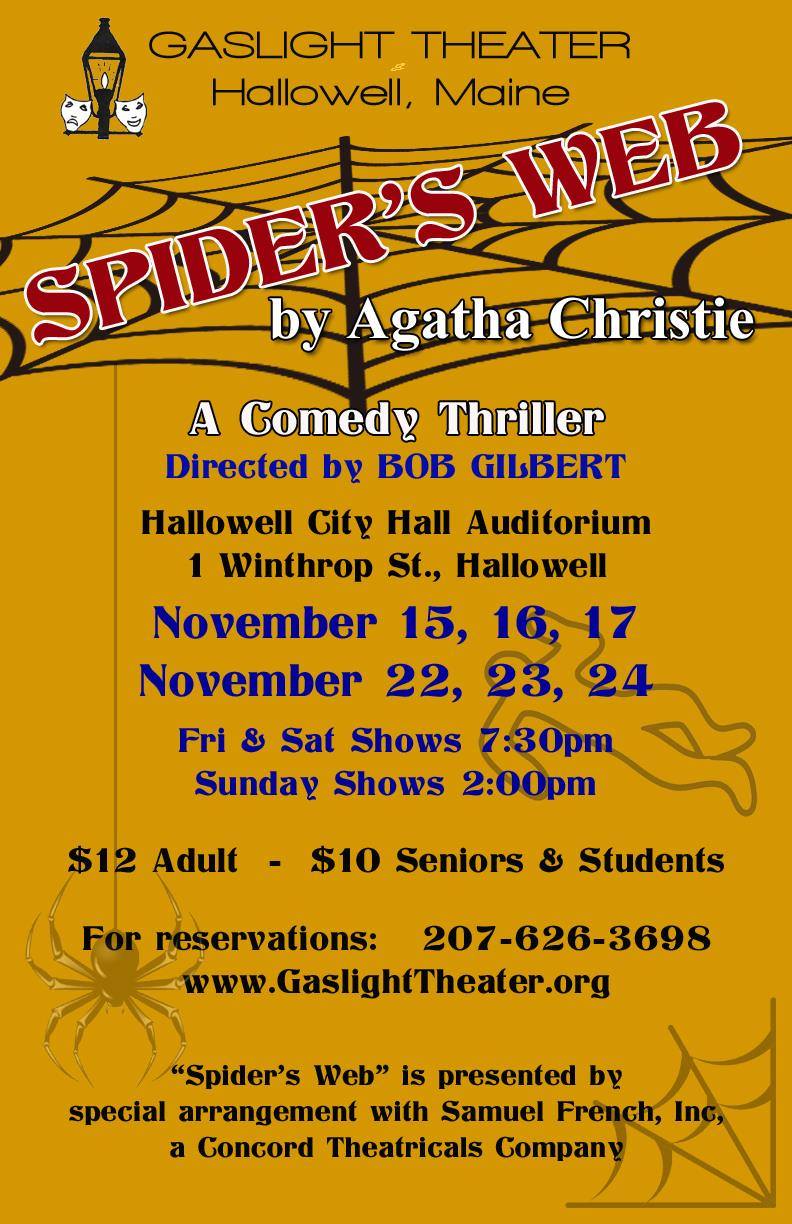 Clarissa, wife of a diplomat, is adept at spinning tales of adventure, but when a murder takes place in her drawing room she finds live drama much harder to cope with. Desperate to dispose of the body before her husband arrives with an important politician, she enlists the help of her guests. Hilarity ensues when they are interrupted by the arrival of wry detective Inspector Lord.

A conscious parody of the detective thriller, Christie delivers a unique blend of suspense and humour. There is tension and laughter in equal parts in an intricate plot of murder, police, drug addicts, invisible ink, hidden doorways and secret drawers.

Here is a description of characters:

Clarissa Hailsham-Brown: Age 25-35. The second wife of Henry Hailsham-Brown, charming and inventive, her imagination tends to work overtime, with some unexpected consequences.

Jeremy Warrender: Age 25-30. An elegant young man and guest at the Hailsham-Brown’s house, the private secretary for a man much wealthier than he.

Oliver Costello: Age 40s. He is suspected of shady dealings. None of the other characters like him and neither should the audience – even though he is killed in the first act, his body gets to hang around in the second act.

Pipa Hailsham-Brown: Clarissa’s young stepdaughter: Age about 12 years old, she exhibits the strong emotional swings of a pre-teen, made worse by a previous family problems, will need to look much younger than Clarissa but strong enough for Clarissa (and the audience) to believe that she could have clobbered Oliver.

Mildred Peake: She is a big, jolly-looking woman of forty odd, in tweeds and gum boots. The gardener with a hale and hearty attitude, some suspect that she isn’t all there.

Mr. Elgin: The butler – middle aged. Nothing escapes his attention.

Henry Hailsham-Brown: Age 40-50s. Clarissa’s husband. A good-looking man of about forty with a rather expressionless face who works in the foreign office, a strong, solid type.

Constable Jones: Age 20-40s. He and the Inspector have been working together long enough that they understand each other well.

Sir Rowland Delahaye: Age 50-60. A distinguished gentleman with very definite charm. Clarissa’s guardian, friend, and adviser, he likes to think that he can guide her, but would never admit that she has him wrapped around her little finger.

Hugo Birch: Age 50-60. The local Justice of the Peace. A rather irascible type who shouldn’t be involved in business like a murder.

Inspector Lord: Age 40-50s. The wheels are always turning in his brain. Although he doesn’t let on, he doesn’t miss a thing.